By 2018  foreign hoteliers will invest about 2 Billion dollars in Los Cabos, reveals the Hotel Association of Los Cabos; it is estimated that in the southern part  of Baja California Sur will be installed 16 hotels in the remainder of this year and through 2018.

“These are independent investments between 70 and 200 million dollars each,” explained Enrique Turcott, president of the Association; this comes after that Los Cabos recovered from the devastation left by Hurricane Odile in September 2014, when it left out of operation 13,000 of the 14,000 rooms counted.

“Los Cabos is the second tourist destination in the country. When the devastation happened we lost all the  tourists,  but we recovered from by a brutal way, by mid-2015 all was back to normal, “said the businessman. 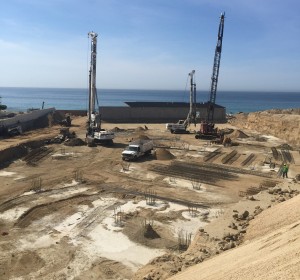 “When international investors saw that we were recovering quickly, they began to open negotiations with the entity, we are now trying to add hotels to improve the tourist services and we are seeking national and international air connections. We are in a time when the exchange rate makes international tourists to increase, “said Enrique Turcott.