Jack Nicklaus is returning to Mexico to put his signature on the  second course at Quivira Los Cabos,  where he designed the first Quivira Golf Club that opened back in 2014.

With the routing already being in  progress,  ground is expected to be broken by the end of 2022 for the as-yet-to-be-named new Jack Nicklaus Signature course. This second Quivira`s Golf Course will be spread on  the northwest portion of the 1,850-acre development in  valleys and rolling desert foothills, interlaced with arroyos, and the southern portion of the course will offer unparalleled views of the Majestic Pacific Ocean. 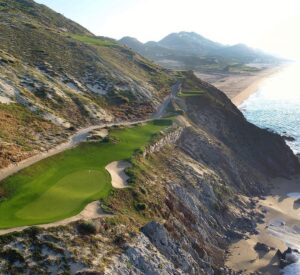 “The first golf course at Quivira is a spectacular layout playing across a remarkable piece of property,”  said Nicklaus in a media release announcing the news . “Now, I am excited that design is well underway on the second course at Quivira, which should be stunning and equally as spectacular. I hope golfers who play the second course will enjoy the views, the quality of golf, and the challenge.”

Quivira Golf Club, which is the original course at the property,  ranks No. 25 on Golfweek’s Best 2021 list of courses in Mexico, the Atlantic islands,  the Caribbean and  Central America.