Los Cabos, Baja California Sur (BCS). This year, the Cervantino International Festival (FIC) will celebrate 50 years and for the first time Los Cabos will host the extension circuit, with international theater and music shows, which will be held in the Cultural Pavilion of the Republic “Nabor García Aguirre” in Cabo San Lucas and in the Antonio Mijares public square in San José del Cabo.
The Institute of Culture and the Arts of Los Cabos announced that in the near future the places where interested parties will be able to purchase tickets will be announced. 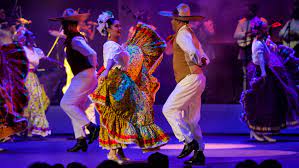 “We are assessing the conditions of the Pavilion, which suffered some damage from the rains and must be in good condition so that it does not represent any danger to families,” Los Cabos Mayor Oscar Leggs announced during a recent meeting.
The latter was attended by the delegate from Cabo San Lucas, Raymundo Zamora Ceseña; the general director of the ICA, Irene Román Salgado; and the honorary president of the System for the Integral Development of the Family (DIF), Flora Aguilar de Leggs.